When Microsoft bought GitHub, a bit of an uproar went through the Open Source community as many developers still thought of Microsoft as a very closed, anti-Open-Source company, and they feared that Microsoft would take GitHub away as leading platform for Open Source developments. This fear has since turned out to be unfounded as Microsoft has actually started to expand the free service offerings for GitHub and instead of taking away features, has enriched its capabilities by offering — among other nice improvements — a perfect integration into Azure DevOps. One part of that integration story is the easy setup of an Azure pipeline to build code in a GitHub repository. While GitHub actions as equivalent to Azure pipelines are already well-featured (and I previously wrote about that), I knew that the setup for building and pushing a Docker image from an Azure pipeline to an Azure Container Registry (ACR) repository is effortless, so I went with Azure pipelines this time.

The setup actually is almost child’s play: When you create a new pipeline, Azure DevOps asks you where your code is and one of the predefined answers is GitHub 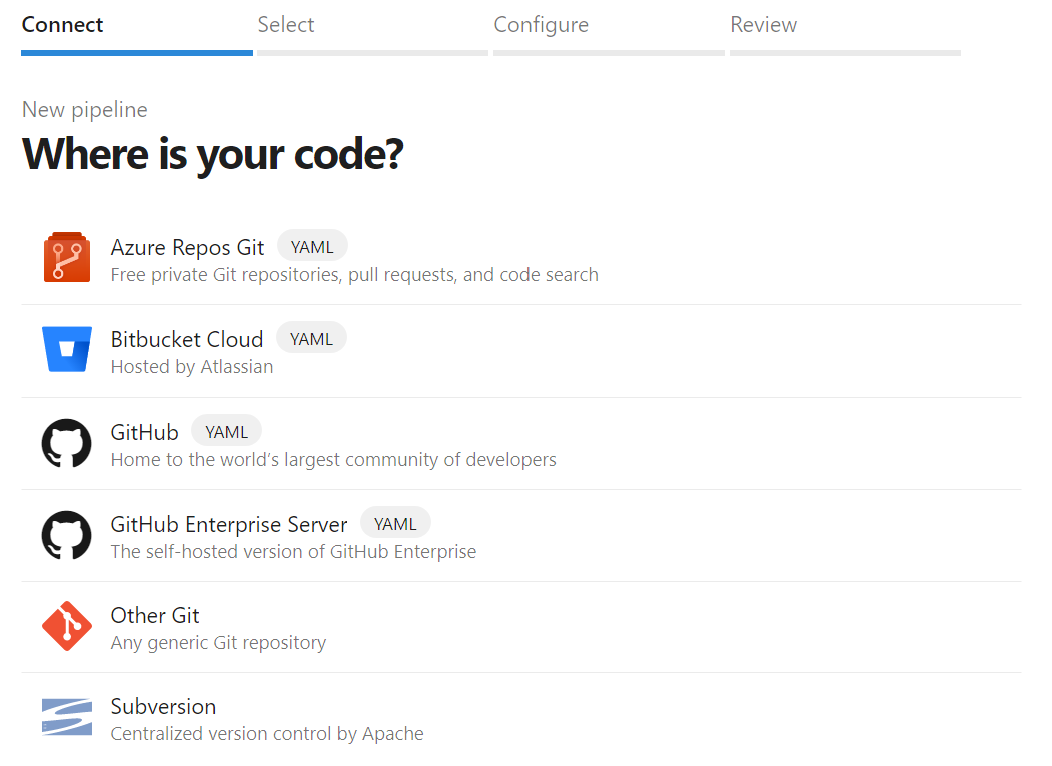 After that, you might have to set up the authentication between the pipeline and the GitHub repo and then you are presented with a selection of predefined pipelines, including one to “Build and push an image” to Azure Container Registry 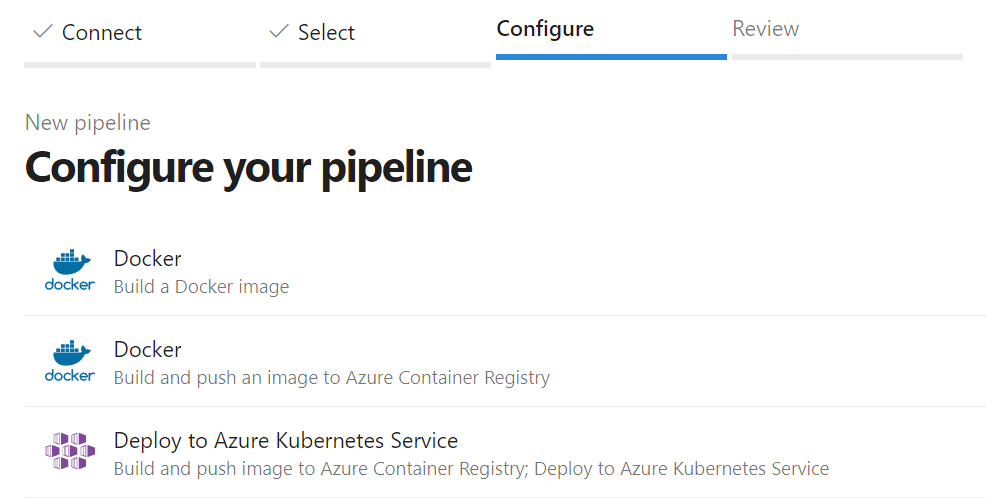 As the last step, you need to select the subscription and then your ACR followed by entering a name for the image you want and the Dockerfile to use. If you don’t have an ACR yet, it is only a couple of clicks away as explained in this step-by-step guide. 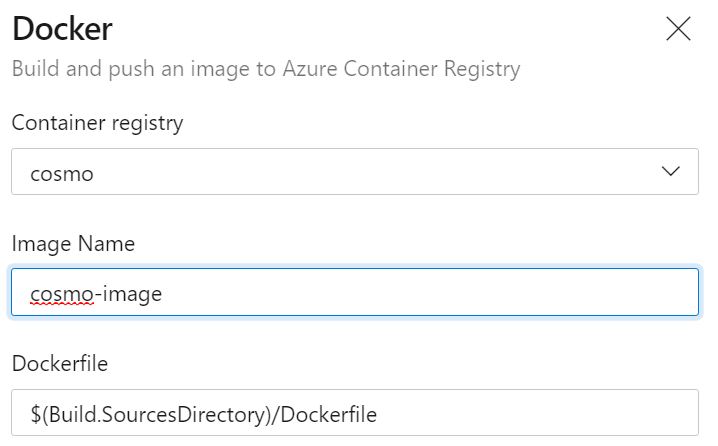 With that, everything is configured and created for you and you end up with an azure-pipelines.yml file which allows you to build and push your image. You might have to change a couple of things as it e.g. uses a Linux agent VM by default, but that should be fairly easy as well.

The details: Improving the pipeline

As I already wrote, the generated pipeline is fine, but you might have to do some things to adjust it to your specific use case. I wanted to build the enhanced version of the “SDK” image for Business Central described here, more on that later, so I had to use a Windows-based build agent. Fixing that is easy by you just changing the vmImageName to windows-2019, other possible images can be found here.

The other major change I had to do was to avoid the buildAndPush command and instead use separate tasks, one with the build and one with the push command. This was necessary because I am using multiple Docker build arguments (again, more on that later) and as explained here, those are ignored when using buildAndPush. While it is a bit inconvenient, it makes sense as the command wouldn’t know whether the arguments are intended for build or push, and the actual change is also quite straightforward as you can see in lines 9-18 and 20-27:

If you want to check out the full yaml pipeline, you can find it here

The details: An improved SDK image

Since writing my blog post on an artifacts-based SDK image, my colleague Bert Krätge has taken the approach a couple of steps further by adding the assemblies necessary for some solutions as well as a dummy ruleset to prepare that part. He also provided a handy script to convert the output of the compiler to something that Azure DevOps can understand.

I moved this over to our company GitHub repo and unified the Dockerfile so that it can use both nanoserver and servercore Windows base image. This is done by adding another build variable which needs to be set to either nanoserver or servercore, so that the FROM statement correctly refers to the right base image:

With that, the Dockerfile now has eight build arguments:

Those need to be set during the Docker build, so I needed to add them to the right task in the pipeline. As I wrote before, the buildAndPush command doesn’t support that, so I split it into separate tasks using the build and push commands. The task with the build command now also has an input arguments which contains all the build arguments:

As you can see, all arguments are referencing variables of the same name. Those are defined for the Azure pipeline, so the pipeline itself stays generic. 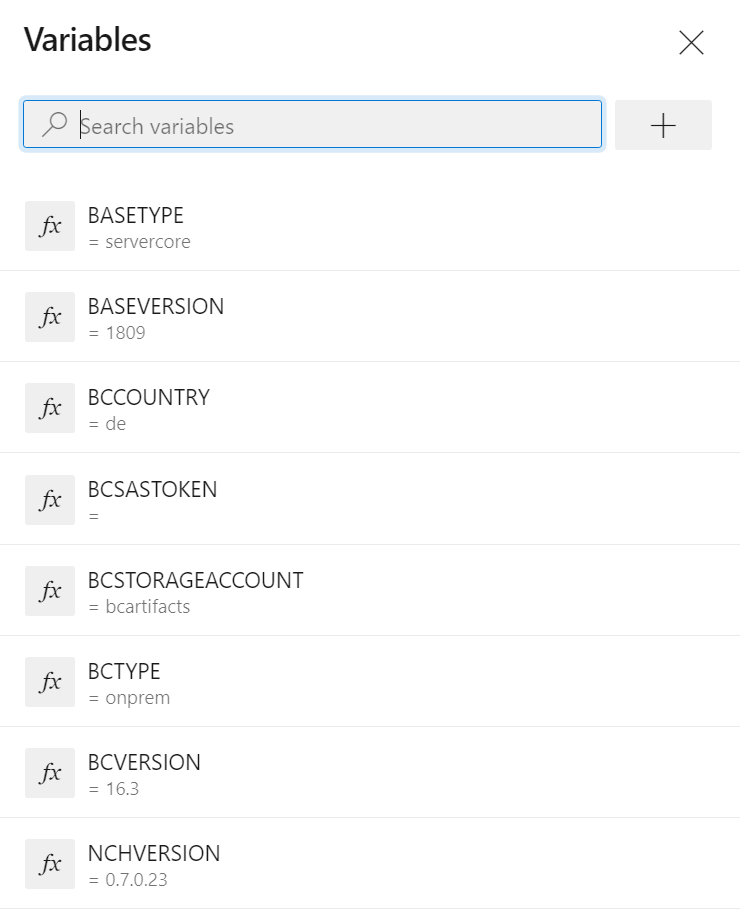