This time, a blog post about “non-business tech”, but of course containerized and with Portainer: Teslalogger is a self-hosted data logger for Tesla cars. The idea of this and similar offerings is to use the extensive Tesla API to collect data about your car, keep for historical comparison and graphical analysis. The special thing about Teslalogger is, that it is not a cloud service like most other similar offerings, but instead you host it yourself on a Raspberry Pi or as a collection of four Linux containers. Of course, I went with the latter :)

The Teslalogger authors provide good documentation for the containerized setup, but if you want a setup like mine where I use Portainer for the deployment and the host is ARMv7 (actually a SolidRun CuBox), it works slightly differently:

With that you should get the TeslaLogger admin interface and the dashboards: 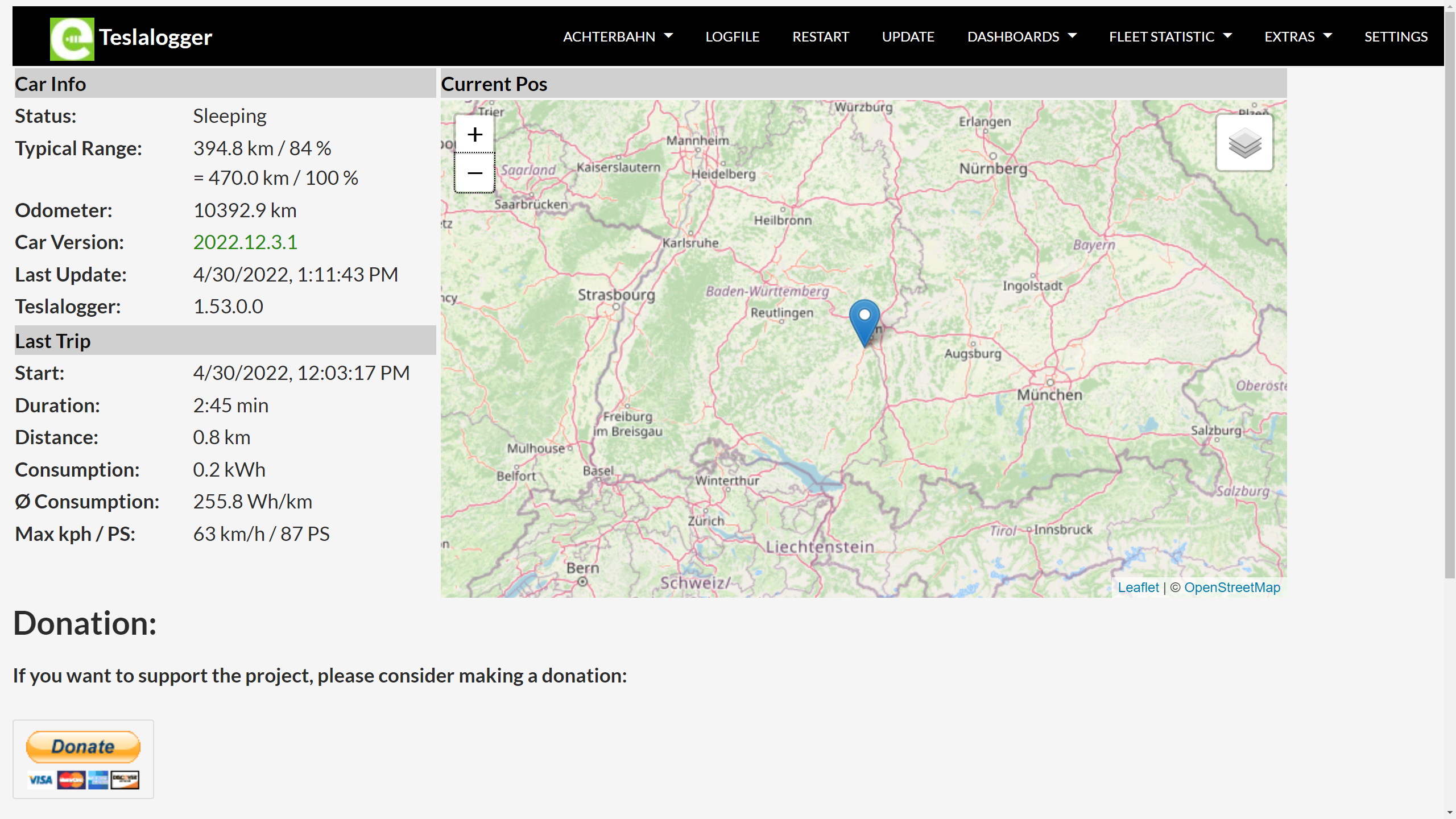 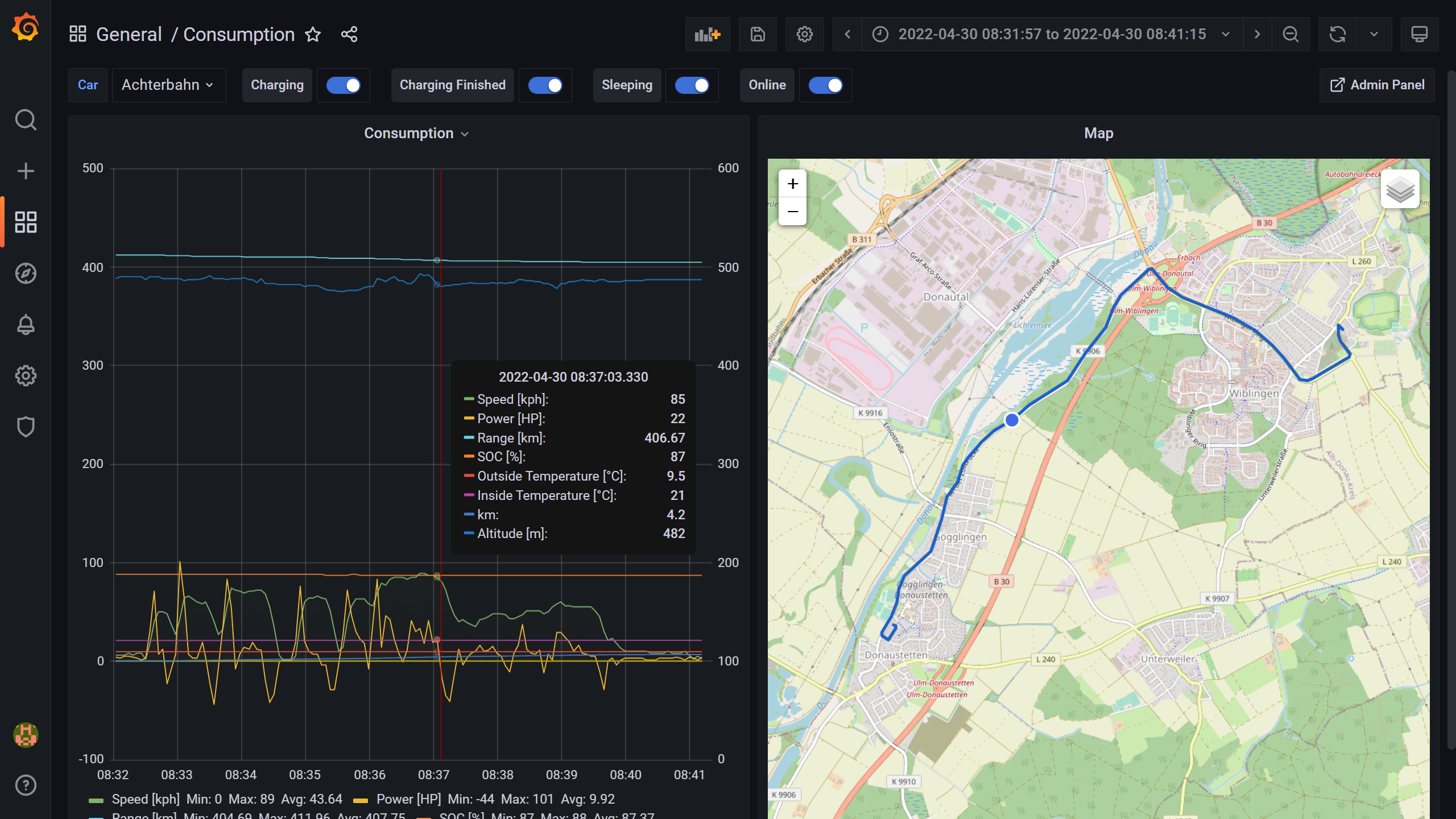 As you can probably see just from those two screenshots, an incredibly great piece of software. Kudos to bassmaster187 and superfloh247 (if the Github statistics are an indication who has done the most work on this)!

The details: How it works and what I’ve changed

Looking behind the scenes, you see four containers working together to provide the “Teslalogger experience”

To make it work for me, I had to change the following things as I want to run it on ARMv7 and in Portainer:

As I wrote above, I’ll try to contact the Teslalogger developers to combine this into an even easier experience where deploying the whole thing could become extremely easy through a Portainer app template, but let’s see if they agree :)

No reposts were found.