Having a web-based file explorer functionality for a Windows-Server-base container host is a surprisingly difficult task. In our COSMO Azure DevOps & Docker Self-Service, we always include an Azure File Share for - surprise - sharing files, but while it offers perfect functionality for our needs, it isn’t exactly end-user friendly. Therefore, I searched for an easy-to-use alternative, allowing our end-users to have an explorer-like functionality through a web client. Everything in that environment is containerized and on Windows Server hosts, and to my surprise I didn’t find anything that worked straight-up on Windows. If ignored my Windows requirement, the one option that came up very often in searches and also was suggested by Portainer’s Neil Cresswell was Filebrowser. It didn’t have a Windows container image, but fortunately, that turned out to be very easy to create.

If you want to use it for yourself, you can just run 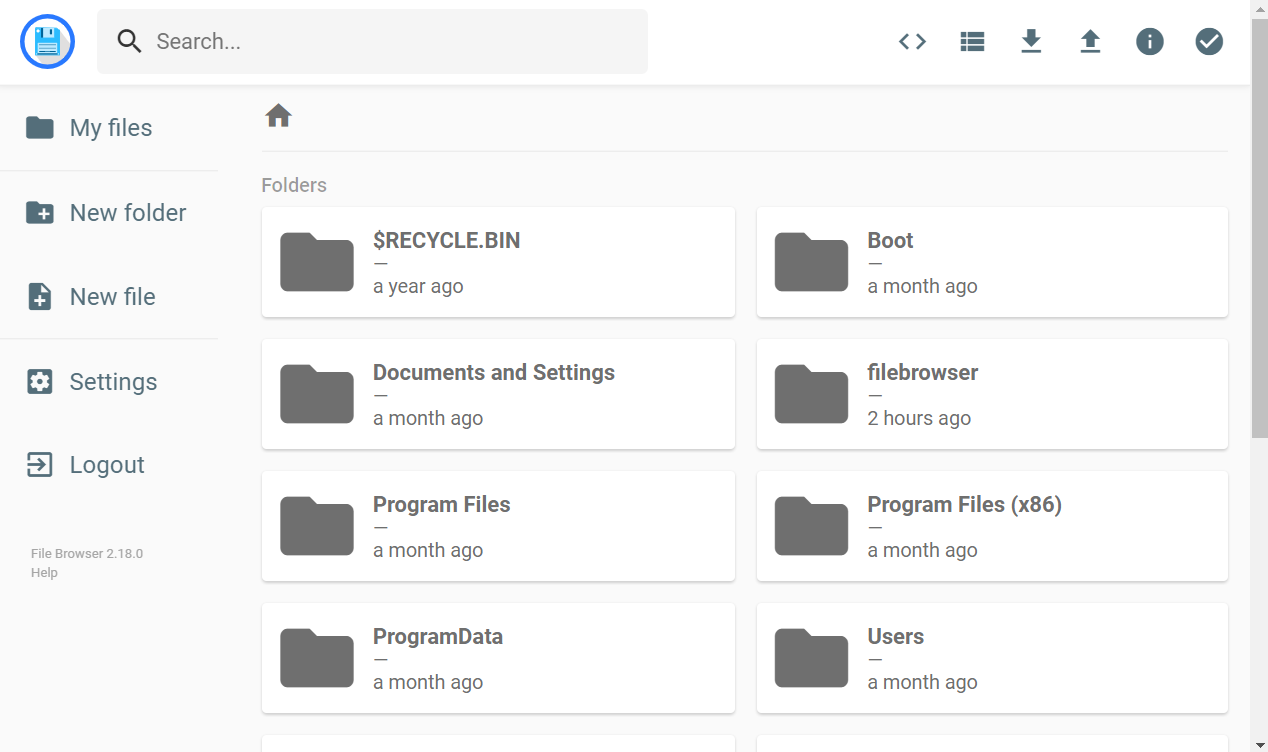 As you have probably guessed, the FB_ROOT=... environment variable defines which folder is the root folder for Filebrowser. E.g. if I wanted to explore only my home folder, I would run

The Details: The container image, setting the default password and other configurations

As I already mentioned, there wasn’t a Windows container image for Filebrowser, so I created one. If you are interested, you can find the sources here. The only interesting part in that repo is the Dockerfile and even that hast only a few interesting lines:

You can see in line 2 the definition of the download URL for a zip file of a specific version of Filebrowser. Then in lines 3-5 a new folder is created, the zip file is downloaded and expanded into the new folder. As a last step in line 6, the zip file is removed as we don’t need it in the image.

Line 8 shows you how Filebrowser is started, using the ENTRYPOINT directive, pointing at the filebrowser.exe file. Setting it up in this way instead of the CMD directive allows you to use another nice feature of the Filebrowser image: You can generate the (bcrypt) hash of a password you want to use by running

This returns the hash, in my case $2a$10$Icqg9QIqjuQqwDrQvhuLhOo8j7CA5sUNGglms6otq7lFYu8o3EMVy. With that, you can now improve the docker run command above to not set the default password, but instead your own. To do that, you run the following

As your hash will contain $ signs, make sure to use single quotes ' for the FB_PASSWORD env variable or escape the $ as `$ as powershell will otherwise try to resolve it has variable.

There are a couple of options in Filebrowser, similar to the root and password configuration you have seen above. All of them are documented here (note that setting the options as env parameters works by upper casing and prefixing with FB_, so e.g. the option root becomes FB_ROOT), but I want to give you our scenario as an example:

Because of the great stack support in Portainer, which we are using to manage our environments, we can easily define and deploy everything: 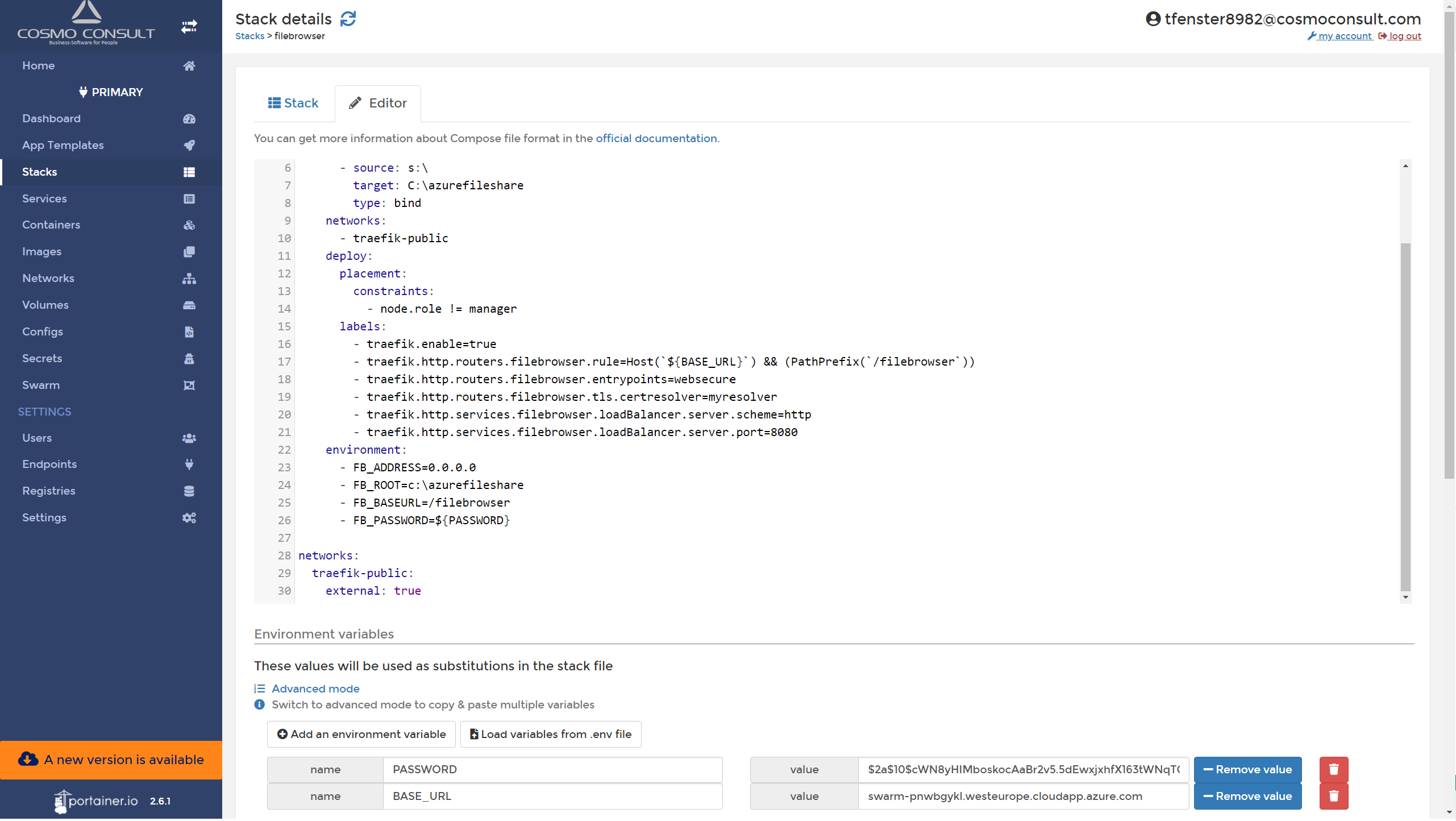 I hope this gives you a good starting point with Filebrowser and allows you to run it on your Windows-based container hosts.