If you are looking for the usual technical content on my blog, this is one of the posts you can skip because I want to share something else and entirely non-technical: Today marks my last day at COSMO CONSULT. I have been a COSMOnaut for 27 months and I really had a fantastic time here! From the beginning, an enormous amount of trust has been put into me, and I was welcomed with open arms wherever I went, which I very much appreciated. Through my whole time as a COSMOnaut I was always given space and opportunity to work on my ideas and contribute on a broad variety of topics, which was a bit like being the proverbial kid in the candy store for a restless person like me. I fully appreciate that this isn’t a given and am deeply grateful for that chance. In a way, the biggest challenge wasn’t to work on my topics, but to accept that I couldn’t work on all the interesting things at COSMO that I would have liked to participate in.

COSMO was and still is an outstanding company, starting with the company culture built on the foundation of the COSMO Code, through the open-minded and innovative leadership team to the day-to-day spirit of helpfulness and wanting the COSMO customers to succeed. A lot of this goes back to the three board members Uwe Bergmann, Gerrit Schiller and Klaus Aschauer, who are very much involved in the business and available for all COSMOnauts, which still keeps some of the negative side effects of becoming a huge company (almost 1,400 people) at bay. The highly committed and active People & Organization team, the talented and fast-moving Sales and Marketing team, the experienced but still always up to speed product team - just to name a few - are all helping the core of COSMO, the regional Operations teams, to be true leaders in their respective markets and focus areas. Certainly an exceptional company with a keen understanding of its mission, vision and purpose, a willingness to actually live by those key ideas to create customer and COSMO success while still always having an open ear and heart for the needs and wishes of all COSMOnauts. Thanks to Uwe, Gerrit and Klaus for creating such an amazing company and allowing me to be part of it, even influence some parts of it; thanks to Daniel Schmid who joined COSMO on the same day as I and was a big help, especially but not limited to the early weeks and months; thanks to Kim Helmig and team who made it easy to be a COSMOnaut and welcomed (almost ;) ) all my ideas; thanks to Rolf Götz who I found incredibly often driven by the same principles and values as I (and if not, I learned to reconsider my position); thanks to the regional leaders and thanks to each and every COSMOnaut I had the pleasure to work with. I can’t name all of you, but still: Thanks!

Looking at my own focus areas, I was able to help with a couple of key initiatives, of course mostly on the technical side, but also building up the “COSMO Upgrade Experts”, the “Move 2 SaaS” campaign and providing input for internal programs for corporate responsibility, New Work and innovation culture. But most impactful for me personally was the foundation of the “Projects and Products Infrastructure” team with its somewhat well-known “COSMO Azure DevOps & Docker Self-Service”. And that service is a good example of what is great at COSMO: While I would say that not many people in the beginning understood what I was trying to do and even fewer people were convinced that it could actually work, I was given the opportunity to build a PoC. Because of all the technology enthusiasts at COSMO, it was relatively easy to find others invested in the topic, who were willing to help, give it a try and later, to deliver the service to the market. And because of all the COSMOnauts out there working on helping their customers, there already was the first service instance sold without any input from me. As a culmination of all that effort and one of the proudest moments in my professional career, I was allowed to represent this outstanding team when accepting the Directions EMEA 2021 Technology Community Award. I wouldn’t have had a snowball’s chance in hell to make this work on my own, so thanks a lot to Markus Lippert, Michael Megel, Bert Krätge, Patrick Schiefer and Christian Krause as well as all others who used the service, gave feedback or even provided improvements!

Now, with all those positive aspects, you might wonder why I am leaving COSMO. There certainly are areas in COSMO with room for improvement and not everything works perfectly because COSMOnauts are of course humans as well and humans make mistakes, can’t foresee the future and need to adapt. Some initiatives that I started or was involved in just failed, sometimes for very annoying reasons. And it certainly can be a struggle to get something just communicated in a company of that size regionally distributed across the globe, let alone really change the way people think and work. But none of that caused me to quit because I still think COSMO is a lot better than most other companies in identifying and solving those problems, but most importantly in being open and willing to accept failure and work hard to become better every day. Maybe not always on the big stage, but certainly in the daily business. And I would have loved to see the Self-Service, the Upgrade Experts, the Innovation Trailblazers and just COSMO in general to thrive while still being a COSMOnaut myself as I am sure that it will do so. So no, COSMO was not the reason at all for leaving, but another chance came up that was just too big to pass on. While I wouldn’t have thought it possible when I left University more than 15 years ago to get the opportunities and possibilities I was fortunate enough to have at COSMO and I really am grateful for that, this next step is a dream come true. But I want to focus this blog post on COSMO, so more on that later. In true COSMO spirit, Gerrit, Uwe and Klaus gave me a bit of a friendly hard time when I told them that I wanted to leave, but they accepted as gracefully as possible, and I literally can’t think of a better way to leave a company than what I am experiencing right now. Once again, thanks a lot!

Bottom line: I am leaving with quite mixed emotions. To be honest, I never really understood people saying that when leaving. I thought: “If you want to stay, then stay; if you want to leave, then leave, but don’t tell me the story how sad you are”. Now, I can certainly understand the feeling… I actively decided to leave, and I am really looking forward to the new challenge. But at the same time, I also would have loved to stay with COSMO, which makes the departure quite sad. Therefore, I want to avoid making this a goodbye, but rather a “Catch you later, COSMO”! It was a great time working for an amazing company, and I sincerely hope to stay in touch with as many COSMOnauts as possible. I will stay in the Business Central world, so I hope there will be enough opportunities for that. 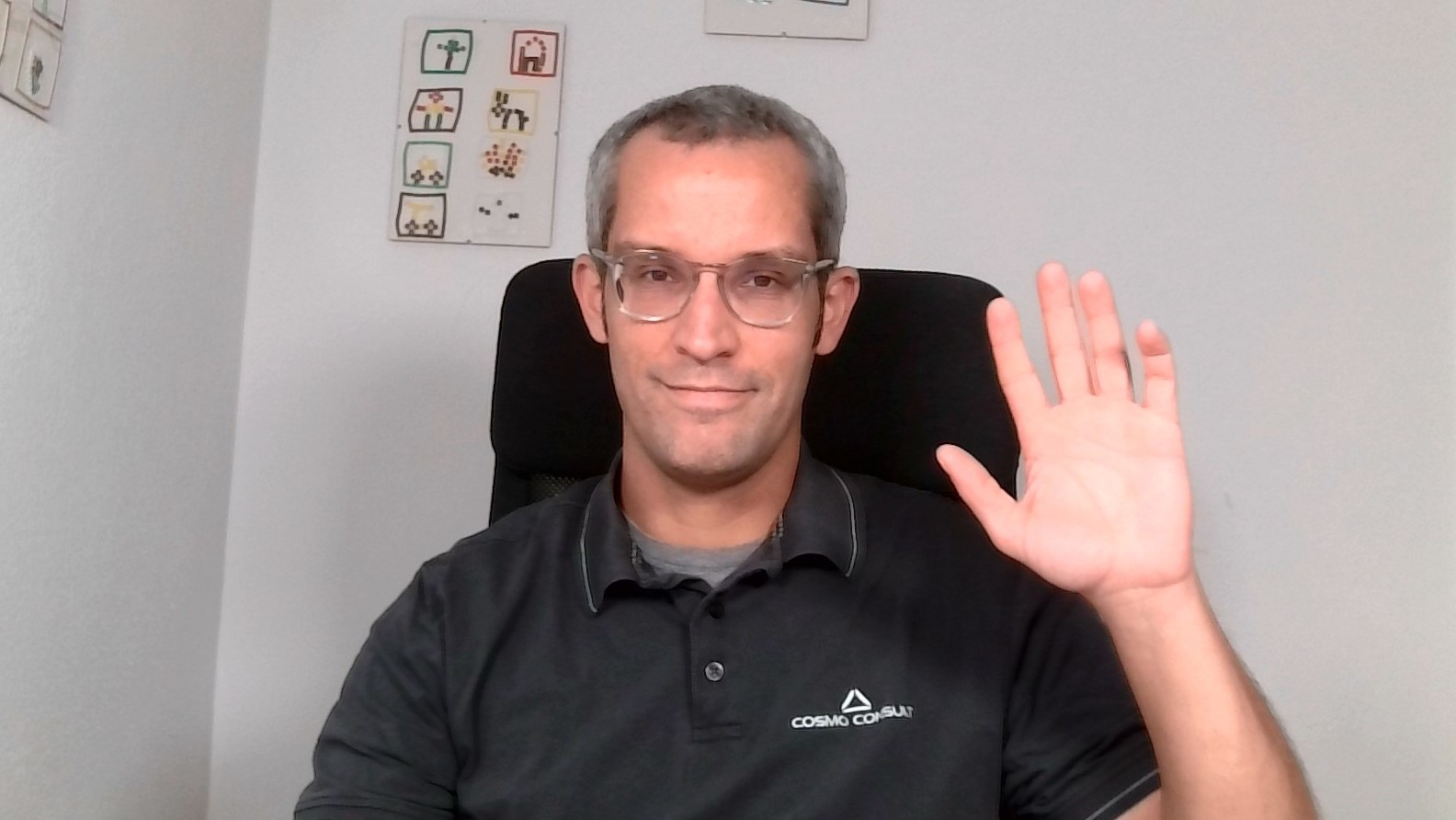 No reposts were found.